This commonplace book includes faxes, notes, fledgling lyrics, sketches, lists of all kinds and scribblings towards nirvana, as were sent between the two authors during the period 1999 to 2000 during the creation of the Radiohead albums Kid A and Amnesiac.

This is a document of the creative process and a mirror to the fears, portents and fantasies invoked by the world as its citizens faced a brave new millennium. 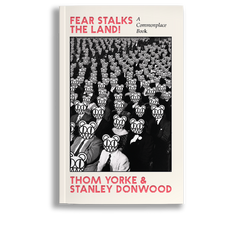