Alongside the full album are several b-sides and alternative takes plus live shows from Retford and Los Angeles in 1979.

The box set also features a booklet of new sleeve notes by Daryl Easlea and has been remastered by long-term Fall engineer Andy Pearce. Founded by its only constant member, Mark E Smith, The Fall formed in Manchester in 1976 and were one of the most prominent post-punk groups in the world. Musically, there may have been several stylistic changes over the years, but it was often characterised by an abrasive guitar-driven sound and frequent use of repetition, always underpinned by Smith’s distinctive vocals and often cryptic lyrics. “They are always different; they are always the same…” John Peel Originally released through record label Step-Forward, it predicated 2 major factors in the group’s career – high productivity and high group turnover. The album has historically garnered excellent reviews, including 4/5 in MOJO, 8.7/10 on Pitchfork and 4/5 in Q Magazine. Featuring the one and only Mark E Smith alongside Steve Hanley (bass), Marc Riley (guitar), Craig Scanlon (guitar), Mike Leigh (drums), Kay Carroll (backing vocals) and Yvonne Pawlett (keyboards). 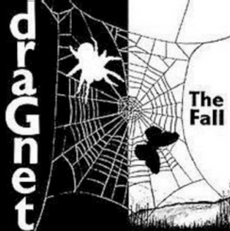