Featuring 72 tracks including The Pastels, Primal Scream, the Wedding Present, the Mighty Lemon Drops and a host of acts who were relatively unknown beyond the back pages and gig listings of the weekly music press Back in May/June 1986, the New Musical Express released one of their regular mail-order cassettes.

Reflecting the latest trends in Indie music, C86 was a 22-track cassette which was inspired by the NME’s C81 tape from half a decade earlier. C86 slowly but surely became the NME’s best-selling ever compilation, selling an estimated 40,000 copies and eventually being reissued on LP and cassette by Rough Trade the following year. C86 prompted a week of shows at the ICA and would come to embody a whole musical style and era. This deluxe expanded edition of the original C86 cassette adds some 50 bonus tracks. The box set is curated by original compiler Neil Taylor and has the endorsement of the NME. Neil has chosen tracks which could conceivably have been on the original C86 package: all the recordings were made between mid-1985 and mid-1986. Neil wrote about many of the bands at the time. The C86 3-CD has been assembled by the same team behind 2013’s Award-winning 5-CD box set ‘Scared To Get Happy’ (AIM Best Catalogue Release Of 2013). Many tracks have never been on CD before. A few are even previously unreleased. Key names include The June Brides, The Jesus & Mary Chain, The Primitives, That Petrol Emotion, Jesse Garon & The Desperadoes, Happy Mondays, The Nightingales, The Railway Children, Pop Will Eat Itself, BMX Bandits, the Blue Aeroplanes and Treebound Story (featuring Richard Hawley) 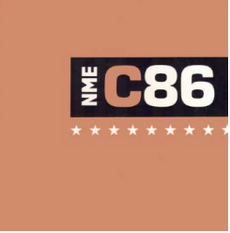