The Ethiopians are one of the great vocal groups to come out of Jamaica.

Singing songs of life and times as they found them, themes that resonated with the people of the Island that made them such a treasured group. Lenard Dillon (b. 9 December 1942, Port Antonio, Jamaica) the founding member of the Ethiopians began his singing career at Clement ‘Coxonne’ Dodd’s Studio One. Initially he recorded under the name of Jack Sparrow, and backed by the Wailers, cutting ‘Ice Water’ and ‘Suffering In The Land’. Under The Wailers encouragement, he went on to form his own vocal group. Recruiting singers Stephan Taylor (b.1944, Portland, Jamaica) and Aston ‘Charlie’ Morris to become The Ethiopians. They cut ‘Live Good’, ‘Why You Gonna Leave Me Now’ and ‘Owe Me No Pay Me’. Although receiving favourable response, Aston Morris decided to leave the band and the remaining pair carried on and cut ‘I’m A Free Man’ and ‘Don Dead Already’ and ‘For You’. On meeting contract builder Leebert Robertson who had recently returned to live in Jamaica, ashad he wanted to get into the music business, a session was booked for Treasure Isle Studios. The session produced their seminal ‘Train To Skaville’ track, which became an immediate hit in Jamaica and in the UK, when in 1967 it reached number 40 in the charts. They also cut ‘Engine 54’, which became the title of their debut album. Its follow up ‘I Need You / Do It Sweet’, did not fare so well and the band moved over to Sonia Pottinger’s stable, where they cut ‘The Whip / Cool It Amigo’ which revived their fortunes and proved another big hit for the band. Two more hits followed ‘Stay Loose Mama’ and ‘The World Goes Ska’, after which the band decided to return to a trio, adding Melvin ‘Mellow’ Reid to the line-up. The band now hit another run of successes with producer JJ Johnson ‘Everything Crash, ’Gun Man’, ‘Hong Kong Flu’ and ‘The Selah’. Many hits followed leading the band to work with a variety of Jamaican producers. Such tracks as ‘I Want To Be a Better Man, ‘Conquering Lion’, ’Fire A Mus Mus’ Tail’, and the timeless ‘Reggae Hit The Town’ to name a few. Two albums ‘Reggae Power’ (1969) and ’Woman Capture Man’ (1970), pulled a lot of these tunes together. Sadly, Taylor was killed in 1975 after been struck by a van in a road accident. Dillon returned to Port Antonio till 1977, when he was persuaded to return to Treasure Isle studios with producer Niney The Observer and cut the Rasta based album ‘Slave Call’. Additional members who joined for this album were Bro Fatty, Bro Ewing, Bro T, Mello and Hychi Dread. An album that showed all the Ethiopians magic had not been lost. 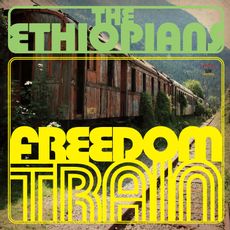