After hearing not much about multiinstrumentalist Dave Schmidt (Sula Bassana) for a long time, and after his focus was on Electric Moon all the time, the long awaited new space-rock masterpiece is finally ready! The space-rock legend recorded and produced all the stuff again alone – mostly.

Psych-fans know Schmidt from his other bands and projects: Electric Moon, Zone Six, Krautzone, Interkosmos, Liquid Visions, Psychedelic Monsterjam, Weltraumstaunen, Suedstern 44, etc... The long awaited album, within you can explore your innermost and foreign worlds, can be seen as consistant progression and as follower of the space-rock-monster „The Night“ (released in 2009). About 70 minutes the listener gets pulled into a vortex of fuzzy guitars, repeatative rhythms, shimmering organs and synthesizers – what will chain you and not let you go again... Sprawling space-rock meets crunchy psych sound and experimental kraut-elements. Guests: David Henriksson (from the swedish band The Movements) performs the vocals in „Underground“. Pablo Carneval (Electric Moon, Zone Six) performs the drums in „Surrealistic Journey“ and „Bright Nights“. The whole thing got mastered by krautrock-legend EROC again. And the wonderfully psychedelic cover artwork is done by Lulu Artwork! (Komet Lulu, Electric Moon’s fuzz-bass). She created the painting „Dark Days“ while listening to the tunes of Sula Bassana, and that painting influenced him again while creating those songs... Kind of spezial symbiosis. 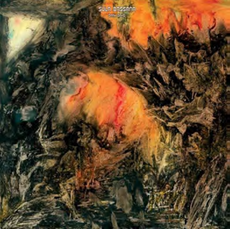