To coincide with the release of 'Inverted Evolution', the new album by Fanatism, Drone Rock Records is proud to announce a long-overdue repress of the band's debut album, 'The Future Past'.

This is what I had to say about the record at the time:- For the 18th release on Drone Rock Records we return to Sweden for something very special indeed…. ‘The Future Past’, the deubt album by Fantatism. These guys are acutually an offshoot of the superb Kungens Man who have made some of my favourite modern psych albums of the last few years. So, when they contacted me out of the blue about the possibilty of releasing this record, I just had to say yes straight away. This record has a bit of everything…70’s prog, free-jazz, heavy rock, psychedelic improv….it’s all here. And, once again, the tracks have been given the mastering treatment from Mr John McBain. "It’s hard to put my finger on exactly why I like this Fanatism album so much. This is because it is made up of such an eclectic set of of tracks that seem to range from jazz to post-punk, and many points beyond and between. What brings them together is sense of power and purpose that really drives these songs forward." Psych Insight "The variety contained within makes it a real smorgasbord of delights…the way it trips from motorik based krautrock to more pastoral psych and finishing with some retro synth sounds is truly wonderful and goes to make this an album of many dimensions… a trait that is sadly missing in so much music these days" Dayz Of Purple & Orange 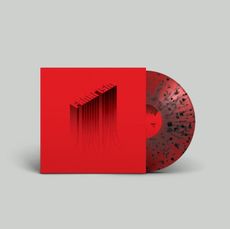