Spiral is the third album by the Greek composer Vangelis, which was released in 1977.

It is a concept album, thematically inspired by ancient philosopher Lao Tse. On the cover you’ll find the words “Going on means far. Going far means returning”, which originates from Tse’s philosophical and spiritual tradition/movement. Just like with predecessors Heaven And Hell and Albedo 0.39 he recorded the album in his own Nemo Studios in London. The keyboards are prominent on front of the music, while Vangelis is exploring new electronic grounds. For the track “To the Unknown Man” Vangelis received the Midem International Instrumental Award in 1978. The multiple award-winning composer of electronic, progressive, orchestral and jazz music started his career working in several successful bands, such as Aphrodite’s Child. He composed over 50 albums and is still active in developing new concepts. 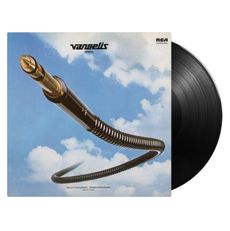