For Susanna, nothing happens in a vacuum.

Every creative act responds to what’s come before. And by exploring this dialogue, we can learn new things about ourselves and the world. This idea has inspired the Norwegian artist throughout her near two decade career. It’s behind her unforgettable covers of classic songs and her interpretations of the paintings of Hieronymous Bosch. And it found its purest expression on 2020’s Baudelaire & Piano, a stripped back song cycle setting texts from the 19th century French poet’s The Flowers of Evil. In Elevation, its followup, Susanna’s engagement with Baudelaire’s work blossoms into a collaborative enterprise, combining tape, spoken word and song. The result is a unique musical conversation spanning centuries and disciplines; a “time travelling” project, as Susanna puts it, that moves between creative dimensions. She brings collaborators back into the process, nurturing connections made over a series of Baudelaire & Piano live shows presented in 2020 and 2021. Composer[1]improviser Delphine Dora offers teasing renditions of the original French texts, layering spoken recitation and otherworldly singing in a set of atmospheric vignettes. And tape recorder soundscapes from Stina Stjern—familiar from Susanna’s Hieronymous Bosch project Garden of Earthly Delights (2019)—frame the album with hiss, hum and soft fingers of melody, like mist settling on a landscape. These contributions deepen the album’s mystery and its evocative power. The result is an engrossing interleaving of sounds and registers; and, as Susanna describes it, “an intuitive and collective ceremony of the ethereal and mystical in life.” Elevation features work by American occultist artist Cameron (1922-1995), an adherent of Aleister Crowley’s Thelema movement. Her illustrations “Witch Woman”, “Pan” and “Danse” adorn the release, which will be available on cassette as well as in the usual digital, CD and vinyl formats.Oslo-based artist Susanna has released music as Susanna and the Magical Orchestra and ‘just’ Susanna since 2004, through labels like Rune Grammofon, ECM Records and her own outlet SusannaSonata. She has collaborated with artists like Jenny Hval, Bonnie‘Prince’ Billy and John Paul Jones, highly active with different projects, songwriting/composing, and making personal interpretations of other people’s songs. 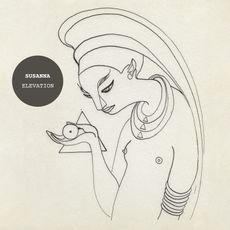