the primarily self produced eighth studio album by the superstar American singer/songwriter.

The album features 26 songs across 2 discs, with two versions of 10 tracks, along with another six other tracks. Collaborators include Swae Lee, Lil Wayne, Khalid, Lucky Daye, Pusha T and Brandi Carlile. The first disc features the 'Original' songs, which are more traditional, melodic compositions. The second disc features the 'Unlocked' versions of the same tracks, where Mike WiLL Made-It samples the 'Original' tracks and gives them a stronger beats/effects transformation. Some songs exist only either in their 'Original' or 'Unlocked' version. 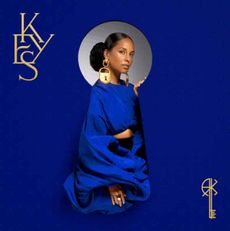