Leave The Light On


Pillow Queens are a rock band based in Dublin, Ireland.

Formed in2016, their Calm Girls EP caught the ear of Steve Lamacq who called the four piece “deceptively infectious, with sharp hooks and sharp nails”. Their follow up EP’s lead single, Favourite, with its accompanying dog-filled video, received airplay on BBC Radio 1, BBC Introducing, Radio X, and Amazing Radio as well as across Irish national radio stations. Two UK tours followed, along with a brace of sellout hometown shows in Dublin. But even bigger stages beckoned, when they supported Pussy Riot, and opened for Idles and Future Islands at massive open air shows in Dublin in the summer of 2018. 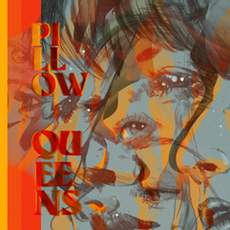