2xLP, colored vinyl in a LP jacket with UV gloss “Whitey Ford Sings the Blues” is the first album from Everlast, following his departure from House Of Pain and was released in 1998.

The record was both a commercial and critical success, selling more than 3 million copies worldwide and certified double platinum. The track “What It’s Like” earned Everlast a Grammy Award nomination for Best Male Rock Vocal Performance. 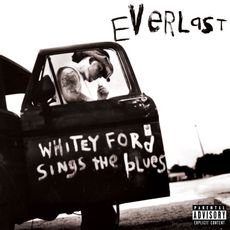