Making R&B neo-soul and sitting amongst Britain’s world beating alternative black music scene Chrissi is a bright new talent in pop, combining the witty and emotive lyricism of Winehouse, with the avant-garde production style of Solange and the cultural potency of Jorja Smith.

Born in Essex to a Trinidadian family; music is something that has been around Chrissi all her life. Her musical influences whizz across multiple genres, taking a circuitous route to the current day. From her carnival-obsessed parents who played nothing but soca, to teen years immersed in house and UK garage, to the later discoveries of neo-soul and R&B greats like Jill Scott and Erykah Badu; Chrissi’s music takes inspiration from a litany of stylistic sources.With a voice designed to reveal meaningful tales, Chrissi’s debut EP ‘Back In The Day’ is a kaleidoscopic exploration of the pleasures and pains of modern love which Chrissi wishes to share with the world. Where some might wallow in their emotional scars, Chrissi is content to take power in self-examination and the regenerative bliss following heartbreak, inhabiting a narrative where women’s voices are dominant. 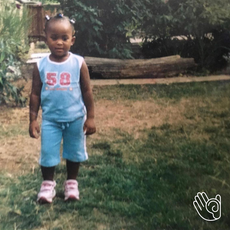