Reissued for the first time since its original release in 2012 and long since out of print, Plumb is one of Field Music’s best works, an album that firmly cemented them as one of the UK’s most creative and critically acclaimed bands.

It was nominated for a Mercury Music Prize and received huge praise from the likes of MOJO, Q, UNCUT, The Guardian and more. Plumb digs into the age-old dichotomy between what is reflective or nostalgic and the disorienting immediacy of the outside world. Songs such as labyrinthine opener Start The Day Right, the chugging, minimalist Just Like Everyone Else and the all a cappella How Many More Times? recall those early-morning/late-night moments where dreaming, memory and the present appear fused together. Elsewhere, Who'll Pay The Bills?, Is This The Picture? and especially Choosing Sides, mine a caustic seam of ambivalence towards whatever passes for aspiration and sincerity in to hyper-mediated and mockhysterical times. Whether the angle is personal or political, throughout the record there are allusions to the expectations and obligations we all amass. Can we live up to the expectations we had for ourselves when we had youth and naivety on our side? Can we be the people we'd like to be for the sake of our loved ones? When we feel so powerless, what's worth fighting for and what's worth fighting against? “Plumb is a delicious tasting menu of rock history” – MOJO “These are terrific songs worthy of celebration” – Guardian 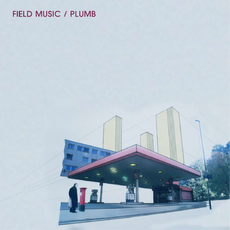