Recorded at the Hammersmith Apollo, London, 23 & 24 March 2011 and originally released the following year, Live Blood is exactly what its name suggests – the live incarnation of Peter Gabriel’s New Blood project where he reworked a chunk of his back catalogue for a 46-piece orchestra. 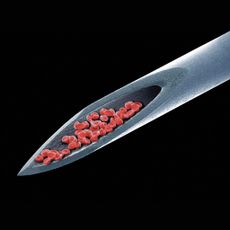