Originally released in 1990, ‘Groovy Train’ was the second single by The Farm.

It was the first single to be released from their debut album ‘Spartacus’, which celebrated its 30th Anniversary in 2021 and was produced by Madness frontman Suggs and Terry Farley. With its distinctive guitar intro ‘Groovy Train’ was the band’s second biggest single, charting at Number 6 on the UK Singles Chart. 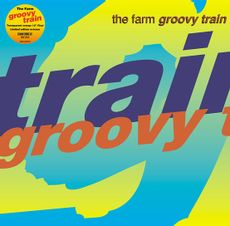