9012Live: The Solos is the third live album by English rock band Yes, originally released in 1985 as a mini-album.

The album features live recordings of their 1984 world tour in support of their studio album 90125. 9012Live: The Solos includes a selection of solo tracks, performed by each of the five band members (Jon Anderson, Trevor Rabin, Chris Squire, Tony Kaye and Alan White), plus live versions of two songs from 90125, “Hold On” and “Changes”. The album was an accompany release to the band’s concert film 9012Live. 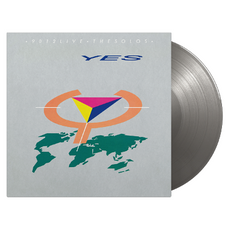