Bobby Krlic (the haxan cloak) (light in the attic edition)

Composer Bobby Krlic (aka The Haxan Cloak) has crafted a gorgeous score that elevates the film to a new level. He also produced all the diegetic music played by the members of the community in the film. Instead of your usual horror score, Bobby Krlic developed beautiful and harmonious compositions that complement the on the surface beauty of the Swedish rural setting while underlying the subtle and terrifying truth that hides in the shadow throughout the film. 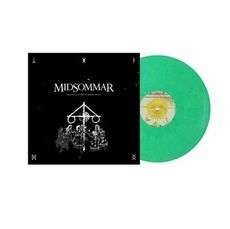