A marrying of the organic & the strange: spectral & widescreen – our love for these progressive, experimental, minimal jazz explorers is fully reignited!.

The third album from the improvisational trio comprised of producer / synth player Luke Abbott, saxophonist Jack Wyllie (Portico Quartet / Paradise Cinema) & drummer Laurence Pike (Triosk / PVT) is a very welcome follow up to ‘New Hymn To Freedom‘, which featured in the Top 10 Resident Albums of the Year 2018. Where their sophomore had its face tilted up to the heavens, ‘Earth Patterns‘ is a more grounded record &, at times, a more claustrophobic one. ”The last record felt like drifting in space but I see this new record as a journey from the outer reaches of the universe down onto the earth, like a macrocosm to microcosm arc,” Luke Abbott explains.

This time, additional input was offered by electronic savant James Holden, as well as producer/engineer David Pye, as Szun Waves had more time to reflect on the recordings. They also identified the perfect complementary collaborator - visual artist Dom Harwood. The band’s third record sees them hitting the peak of their powers, musically & creatively.

“Szun Waves jams come as swells, with a power that is hard to dismiss”
- Pitchfork 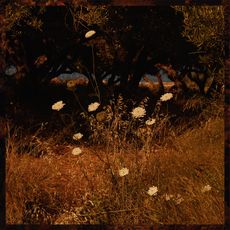