Playing a bizarre mixture of electronica/house and prog-rock/punk/funk that baffled audiences up and down the UK, they became a cherished part of the UK underground.

Jarcrew hailed from Ammanford, Wales. They all liked music, so it made sense to play music together. The band made a dent during the early 2000s and played with everybody; Biffy Clyro, Mclusky, Alec Empire at the ICA, birthday parties, stag dos and random house parties in Iceland. They were bloody good live. Then Jarcrew made a record called Breakdance Euphoria Kids. The record was conceived at a weird cultural crossroads; raised on metal, skulls split apart by DC punk and Revelation records samplers, but with a desire to venture out and soak up everything and anything from Chicago post-rock, glitchy laptop electronics, black metal and old blues on a slow LimeWire connection. Intended as a loose concept album, like if Zen Arcade was playing alongside The Trip on Channel 4, the band wrote the material in bedrooms, church halls and rugby clubs in their hometown and proceeded to create a sound world for the songs using a PS2, a vast audio library of stuff taped off the TV and heavy breather telephone calls from factory worker crushes. It all eventually ended; religion, ganja, mental breakdowns and the cold, cold winters of five guys living in a house with no heating all took its toll. 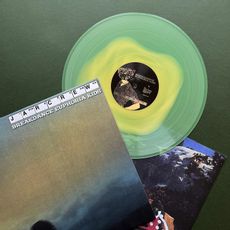