To convey the almost 20-year career of the band is to take a deep dive into all forms of electronic music - from pop to house to disco to acid - along with nods to 1970s Germany, psychedelia, funk and art pop.

And that's exactly what this record does, while also capturing the duality of a band who can craft meticulously constructed studio music as seamlessly as they can lock into unpredictable yet infectious grooves on stage. "We like the idea that if someone were new to us and they played this record it would convey everything that we are about" 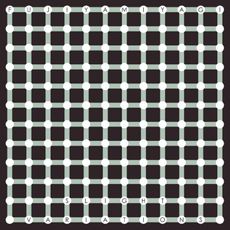