An atmospheric marvel that wrenches you in multiple directions at once, all of them intriguing, enthralling, and more than a little enticing.

This album is the 2nd record of the Invisible Lights Trilogy, from multiple Grammy and Oscar winner Joseph Henry “T Bone” Burnett. Known recently for composing and producing music for the critically acclaimed HBO series True Detective, his film work includes the five-time Grammy winning soundtrack for O Brother, Where Art Thou?, The Big Lebowski, Cold Mountain, The Hunger Games, Crazy Heart and Walk The Line. He has collaborated with numerous artists including Bob Dylan, Elvis Costello, Roy Orbison and won Album of the Year and Record of the Year Grammy Awards for Robert Plant and Alison Krauss' Raising Sand. The Invisible Light is a fusion of trance, electronic, folk, tribal and global music. At the heart of this trilogy is technology and how it has advanced significantly throughout the course of the last century, with radio, film, television, and the internet serving as central parts of our lives. In acoustic space, people hear from every direction at once, the center is everywhere, and there is no border. 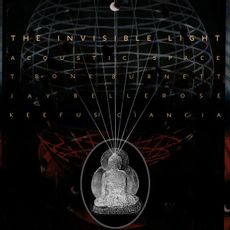