When Italian composer Bruno Bavota and Dutch songwriter Chantal Acda first met several years ago, they knew almost instantly that they wanted to make music together.

Bavota was already a fan of Acda’s dreamy, orchestral folk, and in Bavota’s intimate, picturesque piano compositions, Acda saw a potential for collaboration that was begging to be explored. As it would happen, the inherent loneliness and isolation of the COVID-19 pandemic would provide a most unusual opportunity to craft an album together without ever being ion the same room. Originally conceived as a brief two- or three-song EP, A Closer Distance is the result of a month of seemingly endless and effortless creative connections between Bavota and Acda. Spawned from the opening piano phrase that became the album’s title track, the nine songs that make up A Closer Distance were written and recorded by Bavota and Acda in their respective homes. No stranger to long-distance collaboration having worked with an array of artists from Alan Sparhawk and Mimi Parker of Low to guitar legend Bill Frisell even Acda was surprised by the ease and pace with which A Closer Distance came together: “This all came so weirdly natural. It woke up a part of me that had been asleep for a while.” Mostly built around Bavota’s solitary piano arrangements and Acda’s layered, ethereal vocals, the songs on A Closer Distance reflect the intimacy and tranquility of their conception. It is a magical collection that connects to the listener with the same air of comfort and familiarity that inspired its creation. 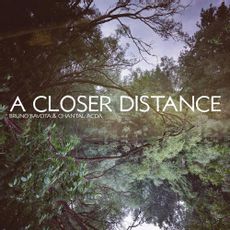