Rock ‘n’ roll has rarely been as smart, soulful or satisfying than it has in the hands of The Posies.

During an on/off career that’s stretched across four decades, the Seattle-rooted outfit, led by musical polymaths Jon Auer & Ken Stringfellow, have shaped and re-shaped their muse, creating one of the more compelling catalogues in modern pop. With 'SOLID STATES', their 8th album, the Posies mark dramatic changes in the lives, the music, the evolution of the band as their long time drummer, Darius, died suddenly last year. Of course, the Posies still retain their legendary melodic abilities, their trademark vocal harmonies & their lyrical agility. The multi-year gaps between albums are typically spent in countless other projects that bring new skills, sounds, experiences & people to the picture. 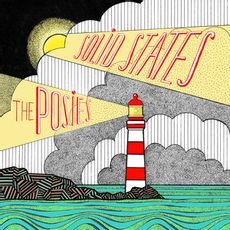