this is a classy pop-rock feast featuring endlessly hooky melodies carried off with a sultry flair that makes it slip down the ear canal very easily indeed.

In the 20 years since its formation by Thomas Walsh – an ELO, XTC & Beach Boys nut from Drimnagh, south Dublin – their reputation has grown stealthily & they’ve caught the attention of almost all of Walsh’s musical heroes, but mainstream success has remained tantalisingly out of reach. this differs from their past albums in one major respect: it’s essentially a collaboration between two people – Thomas & Jason Falkner. As a former member of Jellyfish, Falkner is another underrated artist with a hugely loyal international following. if you like midlake, xtc, rufus wainwright, grizzly bear, or a little band called the beatles, there’s plenty to love here. “falkner hasn’t embraced powerpop so enthusiastically since his days in jellyfish” – uncut. 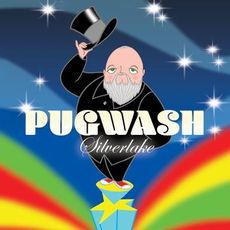