The visionary MC has bowled us over with this set of addictive productions of mid-fi hip-hop grooves.

We could never have predicted how hard we’d all fall for Simbi Ajikawo’s 3rd album. She’s really fucked with our hearts.

Most artists couldn’t compile a career spanning greatest hits collection of this calibre, yet aged 25 and only 3 albums (and a lot of mixtapes and EPs) in, Little Simz has constructed a distinctive set of wall to wall bangers. The production, which comes courtesy of Simz’s childhood friend, Inflo, is crisp but crunchy, allowing a smooth flow that remains edgy. There’s a lot less sampling, opting instead to use more live guitars, strings, pianos, and drums and the resulting sound is vital, dynamic and polygonal.

Although no two songs sound the same, this is not a collection of isolated hits but an immaculately fused suite. Alongside Tirzah and Loyle Carner, Little Simz is leading the charge in the UK’s fresh, socially conscious and innovative hip hop / r ‘n’ b / soul scene. With a lyrical and storytelling prowess on a par with Kate Tempest, what we really love about her unique approach is that she addresses female struggles and sexuality with refreshingly direct language (“I said it with my chest and I don’t care who I offend // “I’m a boss in a fucking dress” // “They will never want to admit I’m the best here / For the mere fact that I’ve got ovaries”) and she also manages to steer well clear of the fatigued pop path of lazy beats and auto-tuned vocals. Instead, she opts for funky basslines, sweet soul and punchy harder accompaniments, mixed with the odd more minimal menacing tones.

Opener ‘Offence’ is a flute-backed call to arms with a fuzzy bassline that lays the way for what’s to come. ‘Boss’ is like a lost Beastie Boys track that bounces along, leading into the modern r ‘n’ b of the Cleo Sol embellished ‘Selfish’. ‘Wounds’ (which features contemporary reggae artist Chronixx) brings trip-hop bang up to date with languid vibes that Tricky would be all over (if he emerged from his stoned stupor). The heavily
radio-played ‘Venom’ and ‘101 FM’ take us back to Spank Rock’s 2006’s genre-defining masterpiece ‘YoYoYoYoYo’ while the Little Dragon backed ‘Pressure’ and ‘Sherbet Sunset’ are Loyle Carner-esque lilting numbers with Little Simz’s nimble rapping skipping all over the surface. The album is rounded out with the loose grooves and brass adorned ‘Flowers’, which features the inimitable vocals of shop fave Michael Kiwanuka. Hell yeah!

“it's brave but vulnerable, energetic but reflective and youthful but wise. If you listen to any Little Simz track, you'll know instantly she's a great MC, but with this project she has stepped beyond that to become a uniquely gifted artist. An incredible album.” 9/10 – line of best fit 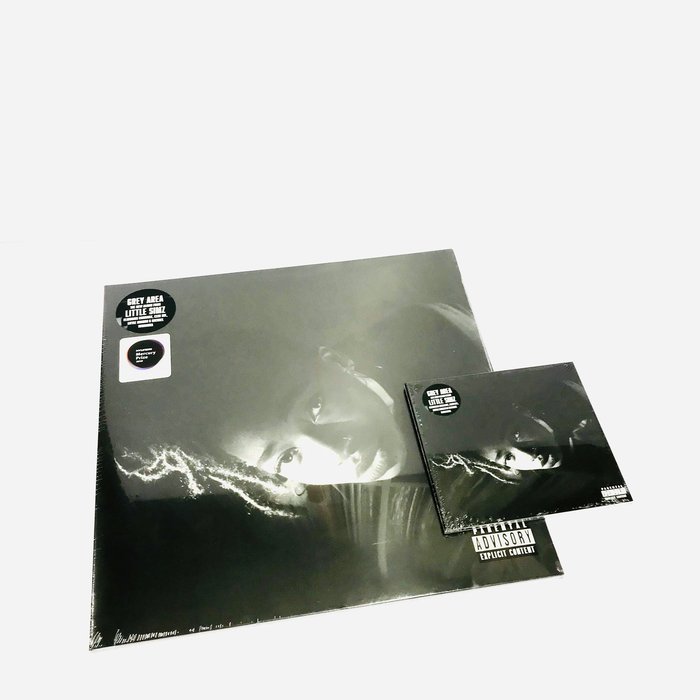