NOTHING GREAT ABOUT BRITAIN

A voice of a generation.
A life-force.
Tyron Frampton has indisputably connected to today’s youth (and us big kids too).
Whether you’ve shared his experiences or not, you can’t help but share his dynamism.

From the first time we saw him live (and every time we’ve seen him since), we knew this mouthy young man was delivering something special – strutting around in his boxers, spitting the fire, giggling with his audience, inciting incendiary mosh-pits and jumping in them himself (or employing his mate Loyle Carner to do so at his unforgettable Glastonbury performance) – his appetite for live performance is off the scale. Witnessing his incomparable instore back in May was an off the hook, anarchic event. He had the crowd (and us) in the palm of his hand and irrevocably dispelled any doubts about his virtuosity.

But all this is about his live act and let’s be honest, plenty of artists are compelling on the stage and lessen in impact when recorded. ‘Nothing Good About Britain’ is featured here as an album in its own right and not as a recognition of his live performances. The Northampton rapper’s blazing, politically-fuelled debut is a poignant invective against the apathy of authority and cultural dissolution, as well as being an absolute riot, musically.

Unlike many of his contemporaries, he’s not preaching at us - he’s adroitly articulating his vision of the world. Harnessing the memories of his challenging upbringing on a council estate, slowthai is never self-pitying. He addresses serious subjects without being solemn, engaging us with his humour and taking the piss without being flippant.

The album tackles the struggle of people today, the inequalities of life and the heartbreak of loss, dismantling the stereotypes of British culture and exploring social constructs: but all done with a goldtoothed grin on his face. The production thankfully preserves the vibrance and momentum and the spoken word interludes make us feel like we’re hanging in the studio getting stoned with him. It undoubtedly enhances your listening experience if you’ve seen him live but this album confidently stands as its own entity.

Is he grime? Is he punk? Who knows? Who cares? He’s a vital and compelling talent and proof that there’s plenty great about Britain. 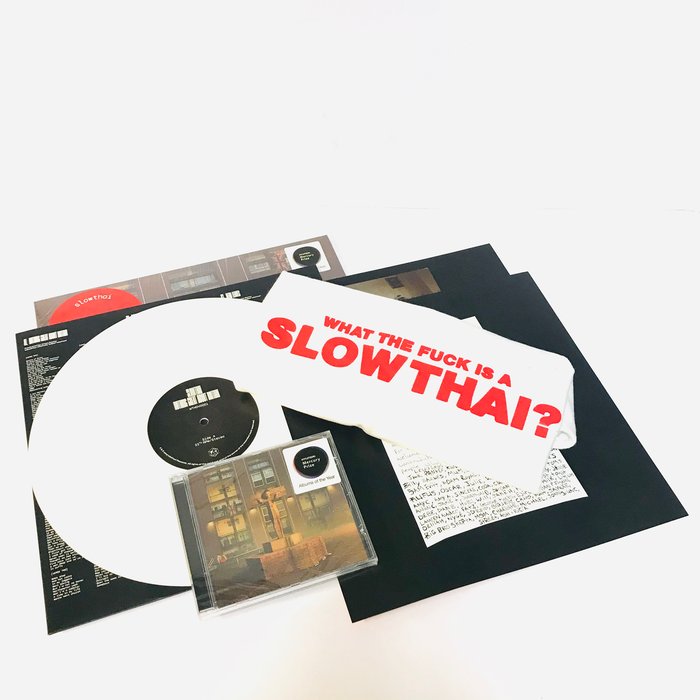