2016 marks the 40th anniversary of Ramones debut album; recently named the “Greatest Punk Album Of All Time” by Rolling Stone & certainly one of the most important & influential albums of all time.

In addition to the music, the set also features extensive production notes about the recording of the original album by Leon, an essay looking back on the Ramones’ early days by rock journalist Mitchell Cohen, along with additional pictures taken by Roberta Bayley, whose iconic photo of the band graces the album’s cover. The first disc features Leon’s newly remastered stereo version and mono mix of the album. “The earliest mixes of the album were virtually mono,” says Leon. “We had an idea to record at Abbey Road and do both a mono and stereo version of the album, which was unheard of at the time. I’m thrilled that now, 40 years later, we followed through on that original idea.” The anniversary edition’s second disc spotlights single mixes, outtakes, and demos. Several of those recordings have never been released, including demos for “I Wanna Be Your Boyfriend,” “53rd and 3rd,” and “Loudmouth.” The third disc captures the band performing two full sets live at The Roxy in West Hollywood on August 12, 1976. While the band’s first set has been available before, the evening’s second set makes its debut here. Rounding out the set is a vinyl LP containing the new mono mix of Ramones. 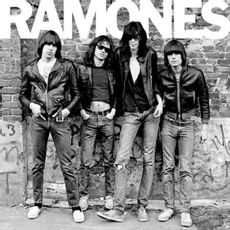