‘chronology’ starts with talking heads’ earliest days at cbgb & the kitchen in new york city in the mid-‘70s, through their breakthrough years in the late ‘70s & on to global success in the ‘80s. includes many classic tracks such as ‘psycho killer’, ‘take me to the river’, ‘life during wartime’, ‘crosseyed & painless’, ‘burning down the house’ & their debut single ‘love → building on fire’. bonus features include a 35 minute ‘south bank show’ feature from 1979 & a 1978 interview with frontman david byrne. 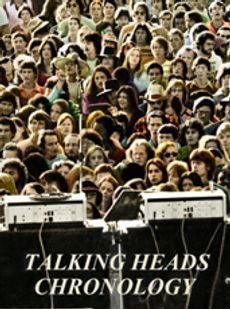