the name of this band is talking heads


Originating in New York City, Talking Heads drew inspiration from funk, rock, classical minimalism & African rock to create one of the most individual & stimulating bands to emerge from New Wave.

Lead by Byrne’s whimsical, esoteric lyrics & the band's intricately layered polyrhythmic textures, Talking Heads found international fame & went on to become ranked in Rolling Stone’s ‘100 Greatest Artists of All Time’ (2011). Originally released in 1982, the double live LP ‘The Name Of This Band Is Talking Heads’ features the original quartet in recordings from 1977 & 1979, with the second album consisting of their expanded 10 piece line up that toured with the band throughout 1980-81. The release includes the cult hits ‘Psycho Killer’, ‘Life During Wartime’ & ‘Take Me To The River’. 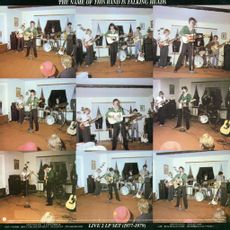