At the time of this performance Talking Heads had just begun a very extensive tour of the USA, in support of their 'Speaking In Tongues' album.

The material performed in the set encompasses the breadth of the Heads & its members output. The mesmerizing classic 'Psycho Killer' is drawn from the debut album, 'Talking Heads 77' & an extended workout on their compelling hit single cover of Al Green's 'Take Me to the River', came from the groups sophomore release 'More Songs About Buildings and Food'. 'Heaven', 'Cities', 'Life During Wartime' & 'I Zimba' were all originally featured on 1979's 'Fear of Music'. Their Brian Eno-produced 1980 gold album 'Remain in Light' is recalled by outstanding versions of both of its singles, 'Once in a Lifetime' & 'Houses in Motion'. 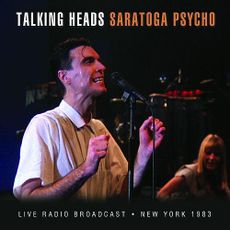