relentlessly catchy and fun, blondie have reclaimed their pop crown with a record that captures the joy of Giorgio moroder dancefloor killers, sia’s cathartic choruses and the insatiable debbie-harry-ness of debbie harry.

their iteration here makes them a synth pop tour de force with upbeat, exciting hit after hit that’ll be earworms before you know it. they’ve roped in some of the biggest names in the insustry to help out too, including Johnny Marr, TV On the Radio’s Dave Sitek, Dev Hynes (Blood Orange) Adam Johnson aka An Unkindess, Sia, Charli XCX , Joan Jett, Laurie Anderson and The Gregory Brothers to make this an irresistible and hugely enjoyable album of non-stop hits. “blondie may have given themselves a few setlist headaches by making an album containing several songs that demand equal parity with their greatest hits” – 7/10, uncut 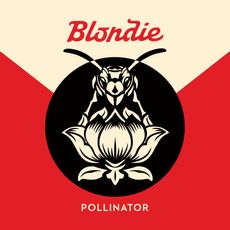