excellent live recordings from the thrash heroes’ 1988 performance at the market square theatre in Indianapolis in support of the album ‘…and justice for all’.

Originally broadcast across local FM radio, this performance clearly demonstrates the speed, aggression & attitude that propelled the band to legendary status. Featuring such classics as ‘For Whom The Bell Tolls,’ ‘Master Of Puppets’ & ‘One, also included here are a duo of interviews from 1988 and 1991, as well as Metallica’s terrific performance of ‘One’ at the 1989 Grammy Awards. 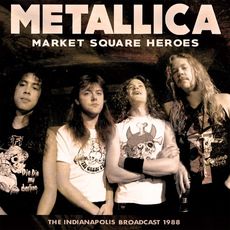