rocking at the ring


this is an awesome snapshot of the metal heroes at the close of the 20th century – an era of incredible success and exciting productivity for the band.

‘Garage Inc.’ - a two disc compilation of covers, B-sides and rarities - had been released in 1998 and sold millions. Then their ‘S&M’ live orchestral album pushed the envelope further still. this set captures the famous Rock Am Ring show in Nürburg, Germany on 22nd May ‘99, which was recorded for FM radio and television transmission, and broadcast both nationally and across the United States. With over 60,000 fans in attendance, the group played a truly blistering selection of classics from across their career, with a fine array of cover-versions thrown in for good measure. 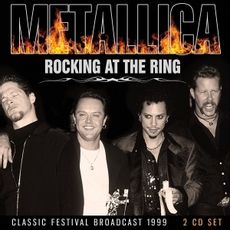