Released in September 1996, ‘Bilingual’ was their sixth studio album, and one which most predominantly bears the fruit of their latin American influences.

It was a UK top 5 record upon release and included 5 singles, all of which were UK top 20 singles. Pet Shop Boys are releasing the final set of albums in their definitive ‘Catalogue: 1985-2012’ series of reissues of all their Parlophone studio albums. The albums have been remastered and repackaged, with the cd versions accompanied by ‘Further listening’ albums of master quality bonus tracks - including demos, extended mixes and remixes of tracks from the albums and others created in the same period as each record. The lp comes as a heavyweight 180g remastered edition. 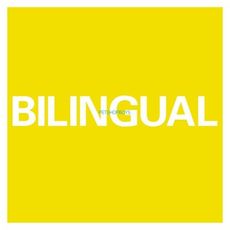