collects ‘The Man’ and ‘The Journey’ tours with live performances in Amsterdam and for the BBC in London, bonus tracks from the ‘More’ soundtrack used in the film but not on record, non-album tracks like the early version of ‘Embryo’ – dvd/blu-ray includes ‘The Man’/‘The Journey’ rehearsal at the Royal Festival Hall, plus other live footage from that year, rare footage / Interstellar Overdrive with Frank Zappa Replica memorabilia from the period.

In 1969 Pink Floyd unveiled their 2-part conceptual live production of ‘The Man’ and ‘The Journey’, covering a 24-hour period of dreaming, waking and other activities. Never released in that form, however some of the songs were used on the ‘More’ soundtrack and the ‘Ummagumma’ album. 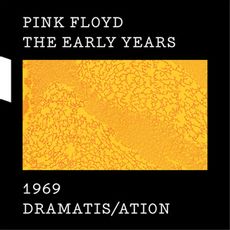