A Saucerful Of Secrets (mono)


Released as a limited edition for Record Store Day in 2019, the original mono mix of Pink Floyd’s A Saucerful of Secrets has been remastered by James Guthrie, Joel Plante, and Bernie Grundman from the 1968 analog tapes.

Pressed on 180 gram vinyl, it will be presented inside a reproduction of the original LP sleeve. With classics like "Set the Controls For The Heart Of The Sun", "Remember a Day" and "Jugband Blues", A Saucerful Of Secrets is the only album to feature the five band members: Roger Waters on bass and vocals, Richard Wright on keyboards and vocals, Nick Mason on drums, Syd Barrett and David Gilmour on guitar and vocals. 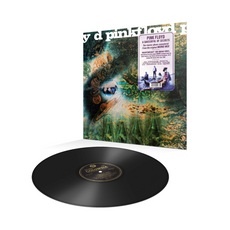