Under A Mediterranean Sky


Hackett’s fist acoustic solo album since 2008 lacks nothing of the grandiosity of his more recent recent solo electric records; however, it does give room to the stunning breadth of approach that he has to playing his acoustic guitar.

whilst 2008’s ‘Tribute’ saw him tackling some of the beautiful classical pieces that his guitar idols had also put their hand to, This new album however takes inspiration from Steve’s extensive travels around the Mediterranean. “A lot of acoustic ideas had been forming over the years, and it felt like the perfect time to create this album,” notes Hackett, “a time to contemplate the places we’ve visited around the Mediterranean with the kind of music which evolved from the world of imagination.” 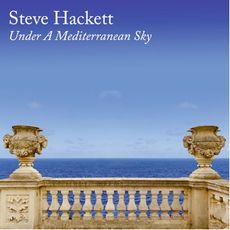