released in 1983, “Labour of Love” was the band’s fourth LP release and is made up entirely of UB40’s cover versions of songs by some of their favourite musical idols.

The album reached number 1 in the UK and number 8 in the U.S. and, in 1989, Rolling Stone magazine ranked it at number 98 in their list of The 100 Greatest Albums of the ‘80s. This deluxe edition contains the original album on CD1, a disc of "Singles and B sides" on CD2 and a “BBC Live In Concert” recording on CD3. 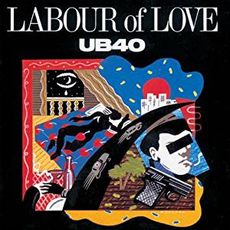