Siouxsie And The Banshees – The Scream debuted in November 1978 born out of part sweet suburbia and part grey Orwellian uber state.

The Scream was unlike anything else released that year. Remastered from the original ¼” tapes and cut at half speed at Abbey Road studios, London. Both artwork and audio have personally been overseen and orchestrated by Siouxsie Sioux and Steven Severin. 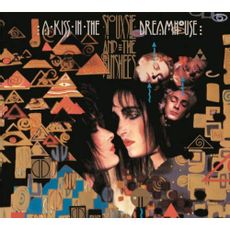