produced by gggarth richardson in los angeles, ‘opposites’ is comprised of 2 sets entitled ‘the sand at the core of our bones’ & ‘the land at the end of our toes’, originally planned as two separate albums. band of horses lead singer ben bridwell guests on two tracks. deluxe version of ‘opposites’ adds a dvd which contains a feature-length documentary which examines the making of the album. "'Opposites' makes it hard not to admire the band’s ambition and chutzpah" - telegraph. 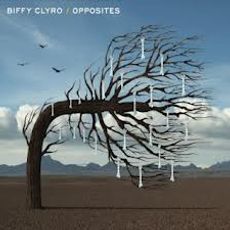 CD1-The Sand At The Core Of Our Bones: