half of the 14 tracks were recorded at recent concerts and half in the studio. With 9 compositions by members of Fairport, the album presents a mix of brand new songs and favourites from Fairport’s repertoire. 2 tracks feature guest lead vocals: 1 from Robert Plant and 1 from Pentangle's Jacqui McShee. In the words of bassist Dave Pegg: “This album shows Fairport is nothing if not versatile. The tracks range from new folk-rock (Eleanor’s Dream for instance) to lively instrumentals (as in Danny Jack's Reward, a Ric Sanders tune augmented in this recording by Joe Broughton’s Conservatoire Ensemble) to Chris Leslie’s lovely lyrical songs (such as Our Bus Rolls On).The album also demonstrates Fairport's chameleon-like aptitude for collaboration. We become Robert Plant's backing band for ‘Jesus On The Mainline’ (recorded live after a single run-through at The Mill theatre in Banbury) and we are joined by Pentangle vocalist Jacqui McShee on ‘Lady of Carlisle’” 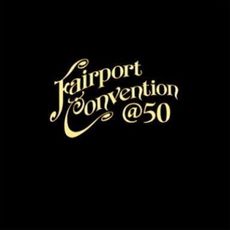