Belinda explains: I have been practicing Kundalini Yoga for over twenty five years and in the last twelve years I have built up a serious practice routine and begun studying the mantras that are used in classes much more closely. I’ve always wanted to do an album like this but I never felt I was ready until early in 2015. It’s not just music on this album, it’s a science that requires an element in the voice called the naad. Naad is almost a transference of energy through the voice and it wasn’t easy for me to learn. LP: Adi Shakti / Ek Ong Kar Sat Gur Prasad / Light Of My Soul / Rakhe Rakhan Har / Har Gobinday / Humee Hum Brahm Hum / Aad Guray Nameh / Long Time Sun / Heaven Is A Place On Earth [2017 acoustic version] 7”: Why / Superstar 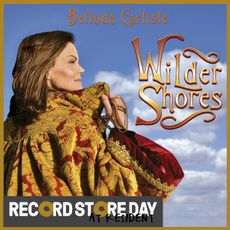