mutating together elements of electronica, jazz, post-rock and folk, the brighton-based multi-instrumentalist has created a powerfully unique, organic work of daring compositions.

Originally written back in 2006 for guitar, flute and clarinet, this iteration of album-opener ‘Lost At Sea’ came about when Hamblett recorded album drummer Tom Heather playing in a soundcheck: “This song is a sort of cornerstone of the record, the idea of ‘detritus’, all the broken off crumbs, dust, leftovers that ended up staying in.” the album features an all-star cast of Hamblett’s musical accomplices including James Holden (with whom Hamblett plays in his band The Animal Spirits), Kate Stables (who Hamblett plays cornet with, in her band This Is The Kit) and Colin Stetson (who Marcus just asked nicely by email). 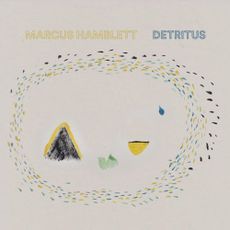