One Step More And You Die / New York Soundtracks


Finally back in print on vinyl! Now featuring a bonus album of remixes! After years of enduring hundreds of requests for a repress of MONO’s breakthrough second album, One Step More And You Die, we have finally come to our senses.

Perhaps it was the increasingly insane eBay prices, or maybe it was the brand new MONO album. No matter the reason, it’s back, and it’s bigger and blacker than ever! Rather than simply repress the original single-record version, we decided to include the out-of-print New York Soundtracks album as well, featuring remixes of One Step More songs by Calla, Loren Connors, Jackie-O Motherfucker and more. The expanded two-record set has been beautifully remastered and repackaged with expanded artwork. “Essential, really.” – Exclaim! “MONO have now well and truly sealed their place in the pantheon of rock history.” – Rock Sound / “Like Isis and Neurosis, MONO captures a voluminous immediacy, an affirming, searing air.” XLR8R. / Special double-vinyl reissue includes two sought-after, out-of-print MONO albums. 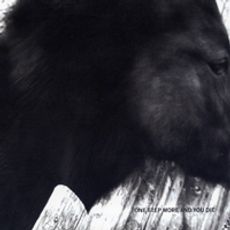