The King Of Soul


This release coincides with the 50th anniversary of Otis Redding’s debut album, “Pain In My Heart”, which launched his career and helped define the sound of Stax Records in Memphis, Tennessee.

This new set features 92 songs and retraces the singer’s career from his meteoric rise to his untimely death in a 1967 plane crash. Includes all the Atlantic hits: (Sittin’ On) The Dock Of The Bay, My Girl, (I Can’t Get No) Satisfaction, My Lover’s Prayer, I Can’t Turn You Loose, Fa-Fa-Fa-Fa-Fa (Sad Song), Tramp, Try A Little Tenderness, Shake, Knock On Wood, The Happy Song (Dum-Dum) and Hard To Handle. Tracklist is arranged chronologically and also features a mixture of live tracks, rarities and well known standards. 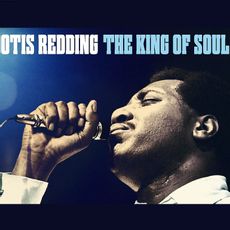