Anniversary release - Previously available on CD, this double mono/stereo version is being released for first time on vinyl.

The bonus 45 is a replica-like reissue of the original 1965 single. One of the most influential soul singers of the 1960s, Otis Redding exemplified to many listeners the power of Southern "deep soul" – hoarse, gritty vocals, brassy arrangements, and an emotional way with both party tunes and aching ballads. At the time of his tragic death at the age of 26, Redding was on the verge of breaking through to a wide pop audience (which he would indeed do with his posthumous number one single "[Sittin' On] The Dock of the Bay"). He was also tremendously respected by many white groups, particularly the Rolling Stones, who covered Redding's "Pain in My Heart." (via Allmusic.com) Format: 2LP black (1 stereo, 1 mono) 180 gram vinyl. Bonus 7” blue vinyl single: “I’ve Been Loving You Too Long” b/w “I’m Depending On You” in printed Atco sleeve. Capacity Stoughton jacket. Volt logo. 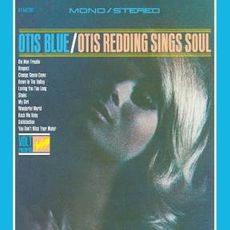