in the midnight hour

3 of these tracks were actually issued as singles by The Falcons (for whom Pickett sang lead) before he started his solo career; others were issued as singles before Pickett broke through as a national star with the title track. The all-time classic 'In The Midnight Hour' was composed by Pickett & Steve Cropper at the historic Lorraine Motel in Memphis where Martin Luther King, Jr. would later be killed. The song reached #1 on the R&B charts. The album includes other surefire hits such as 'Come Home Baby', 'Don't Fight It', which reached the R&B Top Ten in late 1965; 'I'm Gonna Cry', a 1964 single Pickett wrote with fellow soul legend Don Covay & 'I Found a Love', a Falcons single that made the R&B Top Ten in 1962. The record features the 1st recordings he made with the Stax rhythm section in Memphis, a combination that would yield much fine soul music throughout the rest of the 60s. 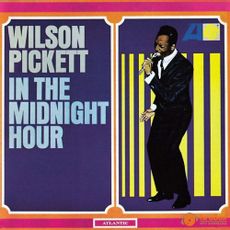