They’ve found a sense of freedom in their abilities to float from bluesy rock'n'roll, to psychedelia & back to a more rootsy Americana sound. From the Cave-esque murder balladry of 'Haunt' to the garage punk of 'Little Thing Gone Wild', it runs the gamut of classic rock, allowing BRMC to flex every muscle in their armour. the range of sounds that ooze out of this record recall the recent works of black angels, slowdive & the national. “BRMC’s persistent adherence to their throwback roots is easily one of the band’s greatest strengths; & the fact that ‘wrong creatures’ is chock full of some damn good songs is merely the proverbial ‘icing on the cake’” 8/10 – soundblab. 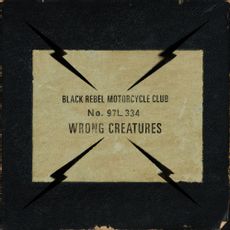