recorded at Santa Monica Civic Auditorium on 20 October 1972, this album was not given an official release in the 1970s - although it was widely bootlegged.

the thrilling power of bowie’s live performance is capture here, with energetic renditions of a slew of hits, including ‘ziggy stardust’, ‘changes’, ‘life on mars’ & ‘space oddity’ among others. “Long considered the best David Bowie show on record… Bowie's in-song confidence and command is impeccable” - 7.7/10 pitchfork 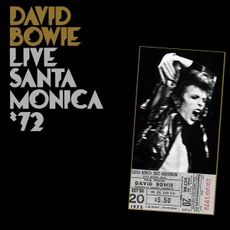