the fourth in a series of box sets spanning his legendary career, this includes newly remastered versions of David’s most commercially successful period & an exclusive new production of the 1987 album ‘NEVER LET ME DOWN’.

The new production features new instrumentation by previous Bowie collaborators, as well as a string quartet with arrangements by Nico Muhly & a guest cameo by Laurie Anderson. The project was envisioned by bowie back in 2008. There’s also the never before released ‘SERIOUS MOONLIGHT’ 1983 live album recorded in Vancouver. Also included is the ‘GLASS SPIDER (LIVE MONTREAL ’87)’ album ***(making its debut on vinyl)***. Exclusive to this set is ‘RE:CALL 4’ & ‘DANCE’. The former a new compilation featuring remastered single versions, non-album singles, album edits, b-sides & songs featured on soundtracks. ‘DANCE’ features 12 contemporaneous remixes, some of which appear on this format for the first time. The set’s accompanying book features rarely seen & previously unpublished photos, well as historical press reviews & technical notes about the albums. 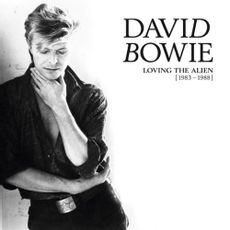 NEVER LET ME DOWN